Given history, it is not surprising that non-Natives collect 87% of the agricultural revenue from federally recognized Native reservation lands. What is surprising is that even though Natives operate 49.29% of cropland farms on these reservation lands, 92% of all chemicals purchased for reservation cropland operations were purchased by non-Natives. This is according to data from the 2017 USDA Census of Agriculture available through our interactive data dashboard.

What’s the status on your reservation? Use the dashboard below to filter for one of the 76 reservations that participated in the 2017 Census of Agriculture.

We asked Matthew Wilson, Food Sovereignty Director Sicangu Community Development Corporation on the Rosebud Sioux Tribe reservation in South Dakota, why non-Natives use more chemicals on croplands than do Natives.

His response is as follows:

“I can only respond from the perspective of what we experience here on Rosebud. Most non-Natives use chemicals and pesticides for a number of reasons. 1) Most non-Native producers grow commercial crops such as wheat, corn, and soy etc. and it is therefore more efficient for them to utilize conventional ag practices which include the use chemicals to help ensure they produce larger yields of products. Current government subsidies are in place that continue to support and encourage large commercial agriculture. I would also speculate to say that because their values are more concerned with profit and efficiency, there is less concern about the health of the land and how chemicals affect the ecosystem. 2) Most non-Native producers [on Rosebud] do not own the land, but lease it. There are some regulatory policies in place that protect the environment, however there needs to be more policies created to better protect water and land, and to regulate the amount and the types of chemicals used. Since the land is owned by the tribe there is less of a concern for the non-Native leasers to worry about soil health. It’s a very extractive transaction.”

He adds in speaking of the Food Sovereignty Initiative, “We do not utilize conventional ag practices nor organic agriculture which still uses chemicals to some extent. Instead, we practice regenerative agriculture that works to mimic nature as much as possible. We utilize cover crops, rotational growing, utilize aged animal manure that is produced onsite from our chickens, and aged compost. Cover crops are like living mulch, depending on the seed used they help add moisture, nutrients, to the soil and help capture carbon from the air. On our farm, we also rotate crops through the acreage so that crops that utilize too much of a particular nutrient in the soil are rotated each time so that the soil health doesn’t get depleted. We also utilized aged chicken manure and composted soil on our farm to help build soil health up and give crops nutrients to grow and produce. If we have the need for a fertilizer, we utilize fish emulsion which is an organic fertilizer made from fermented fish that helps add nitrogen, phosphorus, and potassium to the soil. As for pesticides, we do not use chemicals, instead we developed an integrated Pest Management plan where we grow plants that help to repel the bad insects, while growing plants that help attract beneficial pollinators and insects that eat the bad insects. We also utilize netting cloth to help prevent big insects.”

“As mentioned above, there are systems and support in place that encourage large scale and conventional agriculture. Government subsidies influence producers to focus on the amount of produce that they can grow and harvest. Non-Native large-scale producers utilize conventional ag practices that are extractive and have been used for decades. Organic farming is better than conventional ag, however there are still use of chemicals. The process to become certified organic is also not as accessible nor easy to do. At the end of the day, Native producers (not all) have cultural values and teaching that are ingrained in them to be land stewards and to have the earth in mind when making decisions.”

This news is a red flag for the environment and people living on reservations lands due to the history of environmental racism in the U.S.

“Out of all the ethnic groups in the U.S., Native Americans are the most at risk of toxic exposure,” according to Sanjana Manjeshwar for the Berkley Political Review. Manjeshwar continues that a chemical, dioxin, used in agent orange was tested in the 1960s to control vegetation on the lands of the San Carlos Apache Tribe in Arizona. The tribe claims that this testing caused illnesses and health issues that include neurological disorders, cancer, and heart disease.

Since 1970, the Environmental Protection Agency (EPA) has been charged with protecting human and environmental health through regulation and enforcement. The EPA is currently responsible for regulation on federally recognized Native reservation lands.

As such, we asked the National Pesticide Information Center (NPIC) which is in cooperation with the Oregon State University and the EPA, “Why do non-Natives use more pesticides on tribal croplands than do Natives? Their reply in part was, “Pesticide usage depends on many factors, including the crops being grown. You may consider ensuring that the information you are examining is truly comparable.”

Oddly, we are using U.S. government generated data which the EPA itself may be using. The NPIC added, “In all cases, the label is the law. Users must follow all label instructions on a pesticide product, which includes where a product may be used, how much may be applied, and how often. It does not vary by who is doing the application (although some pesticides require special licensing for the applicator, the rules apply equally to anyone using that particular product).”

So, at the moment, it seems the EPA is doing its part to keep humans and the environment safe from cropland chemical use on the Native lands. But, just as the 1960s tests of dioxin treatments on the Apache, more information about synthetic and organic/natural chemicals used on croplands is ongoing. 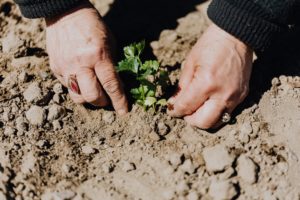 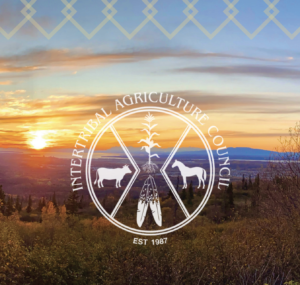 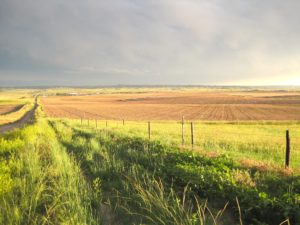 Announcing Our New Storymap: The Legacy of Allotment on Contemporary Native Agriculture

What did early reservation agriculture look like? What is the settler colonial myth, and how has it distorted the perception of 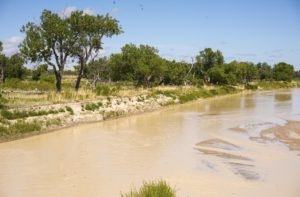 Rivers of Broken Promises: An Exploration of the Water Challenges Faced by Lakota Communities

This blog is the first of two posts analyzing the challenges Native communities face in accessing clean, sustainable water.

The Native Lands Advocacy Project is pleased to announce Chase Christopherson, Emma Scheerer, and Seanna Pieper-Jordan to the team! Chase 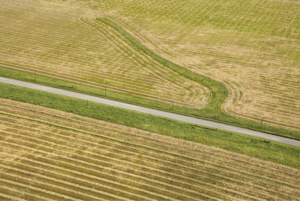 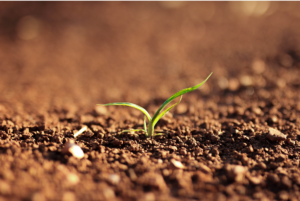