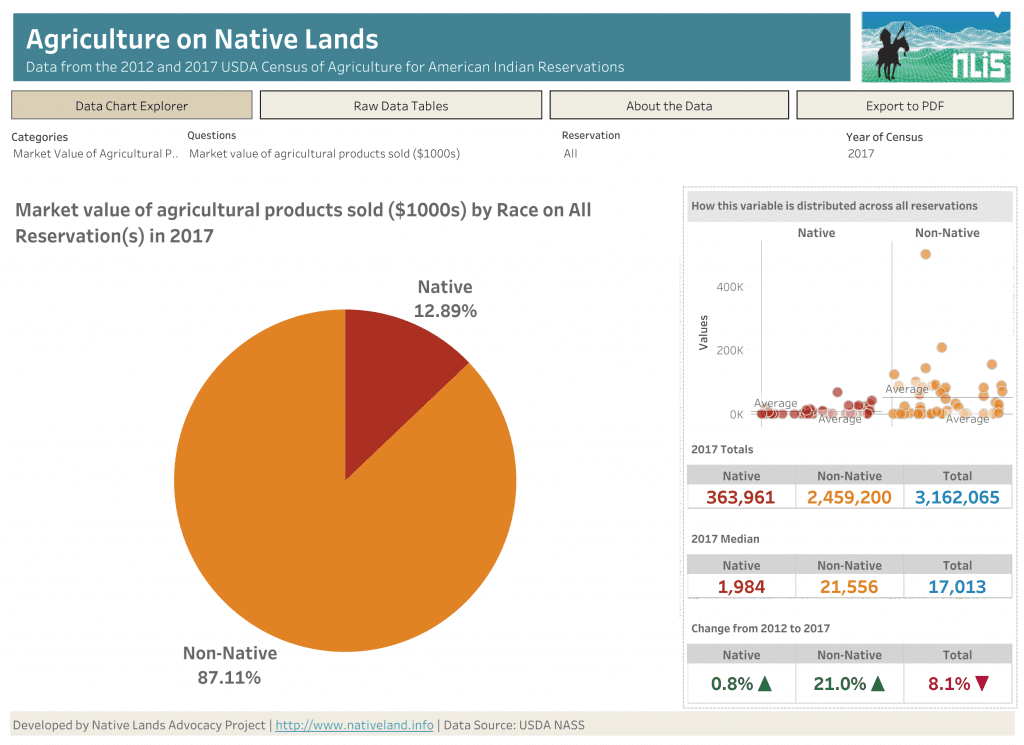 About the Census of Agriculture for American Indian Reservations

The published Census reports only quantified each variable for “Native” and “Reservation Total” and does not report statistics for “Non-native” which makes it difficult to understand the extreme disparity that exists between native and non-native producers operation on Native American Reservations. While we have submitted a special tabulation request to the USDA NASS for the data on non-native operators, in the mean time, we have included a provisional calculation for “Non-native” producers, making it possible to analyze the racial disparity in agriculture on Native Lands. Additionally, the way the data is presented by the USDA it makes it difficult to aggregate the data for all reservations to understand the the national statistics, this dashboard makes this calculation possible. 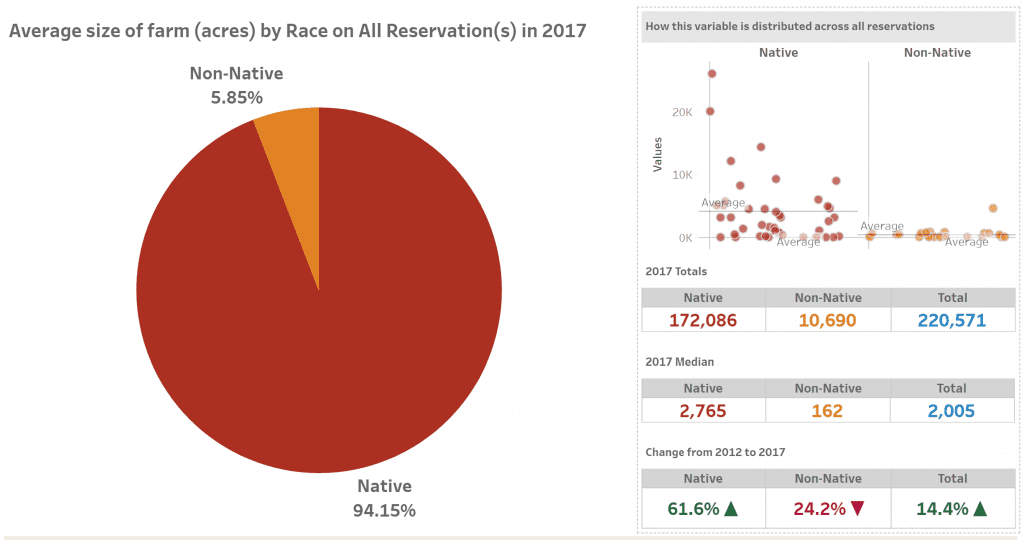 The dashboard includes filters for reservation, census year, and variable in the census. The charts include a pie chart, a jitter plot the shows the distribution of each variable across all reservations by race. The total and median for each variable broken down by native vs. non-native and the percent change between 2012 and 2017 with helpful up and down arrows to quickly indicate direction of change.

The NLIS Also makes the cleaned and formatted data used to create this dashboard available for download on our data portal.

This data dashboard presents data from the 2012 and 2017 USDA Census of Agriculture for American Indian Reservations, the most current and most complete data on reservation agriculture within the coterminous United St
View Dashboard